A Guide to LEV System Design 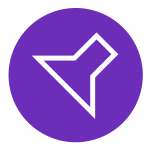 A Guide to LEV Systems Design

What is a LEV System?

Under Regulation 7 of the Control of Substances Hazardous to Health (COSHH) Regulations, employers are required to implement measures to protect their employees from exposure to harmful substances. Local exhaust ventilation (LEV) systems are the most common control measure available; designed to remove or reduce the risk of employee exposure to airborne substances.
LEV systems generally include a hood to capture or contain the airborne contaminants and a fan to extract the air through the hood. Systems may include other features, such as ductwork (to convey the contaminants through the system); air filtration (to clean the contaminants from the airstream) and a stack (to safely discharge the contaminants to atmosphere).

The Importance of Good Design

It is important that LEV systems are designed correctly and to the correct standards. There are many circumstances where these guidelines are not followed and poorly designed systems are installed based on assumptions and guess work. The result is a system that will not effectively control contaminants and risk exposing employees to harmful dusts or fumes on a daily basis.

Guidance documents are available from the Health and Safety Executive (HSE), detailing the minimum requirements for designing, installing and commissioning a LEV system.

The designer should be a competent person with minimum P602 (or similar) qualification.

The hood is considered by a designer the most important component of a LEV system. Poor hood design would prevent adequate capture or control of airborne contaminants and would therefore limit the overall effectiveness of any system.

The designer should consider the movements of the employee, the requirements of the process, the properties of contaminant being generated and finally a suitable hood design (along with airflow characteristics).

Enclosing hoods tend to surround the source, preventing containing it within the hood and preventing released to the outside of that hood. Enclosing hoods are the most effective form of control. The greater degree of enclosure, the more successful the control of contaminant. A partially enclosed hood can reduce the required airflow rate up to 100-fold.