Solvents are utilised throughout the production process as cleaners, mould release agents, and adhesives.

Due to the annual solvent usage exceeding two tonnes per annum, a permit was required in order to operate – in accordance with the Solvents Emissions Directive and the LAPPC Regulations.

MECHON were initially commissioned to analyse solvent usage and fugitive emissions points. The majority of emissions were found to be on the application rags, which were then allowed to evaporate into the surrounding
environment.

The agreed solution (after liaising with the local environmental protection office) was to design a LEV system that enabled the client to safely store the used rags in sealed containers, whilst allowing any fugitive emissions to be safely controlled. The system comprised twelve waste stations with rear extract plenums. Two LEV systems with centrifugal fans and high level stacks ensured that the solvents were discharged to atmosphere in a safe and controlled manner. A structural steel platform and test points were installed to meet with the requirements of the Environment Agency’s guidance note, TGN-M1 for stack emission testing. 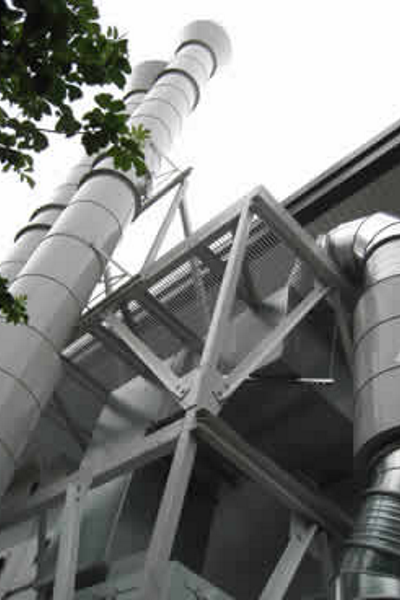